Fatima’s journey with glasses started when she was nine. She thought it would be cool to wear glasses like her older sister. But when she tried on her sister’s glasses for fun one day, she didn’t just like the way she looked in them; she also noticed that she could see more clearly with them on. “That told me I might need eyeglasses like my sister. For actual seeing, not just for looking good,” she says.

Her parents took her in for an eye exam, and they found she had developed myopia and would need eyeglasses. The diagnosis hit them as a surprise. The parents began to worry when six months after Fatima’s initial eye exam, they found out that her prescription had changed, indicating rapid myopia progression. Fatima’s mother, Dhuha, says,

“I was so worried that her eyes were getting worse, so fast, in six months.”

Facing the prospect of their daughter’s vision getting worse, both parents were highly motivated to find something that could control her progressive myopia. “Myopia progression is irreversible, and as a parent, I don’t want to wait for it to be too late for me to act,” explained Samir. After some discussion, their ECP recommended that Fatima try MiSight® 1 day soft contact lenses.

Along with making her blurry vision immediately clear again,1  MiSight® 1 day contact lenses are FDA-approved* to slow the progression of myopia in children aged 8 to 12 at initiation of treatment,†2 and this strongly appealed to Fatima’s parents. Specially designed for young users, the lenses are comfortable3 and an easy fit for children.4 Before MiSight®, Fatima worried about her eyeglasses falling off while she was running, or skateboarding, or accidentally bumping into a classmate. Now, she can leave those worries behind.5

Dhuha and Samir are also leaving their concerns behind. As parents, they were happy they could find a solution for their child. Samir says, “It’s giving my child a chance for a better future and an opportunity for success.” Dhuha adds, “Nothing is going to prevent her from doing something she likes.” 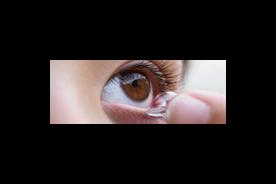 Is It Safe for Children to Wear Contact Lenses?

If your child has been diagnosed with myopia, or even if you suspect that he or she has blurred vision or other symptoms, then you may have… What Are the Risks of High Myopia?

The blurred vision that comes with nearsightedness, also known as myopia, can sometimes be little more than an inconvenience. But in some cases,… 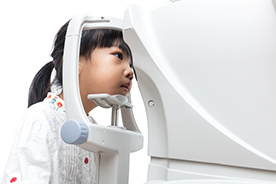 My Child Has Myopia—Now What?

Trouble seeing the board at school, frequent squinting, complaints of headaches, a rising amount screen time—whatever prompted you to schedule an… 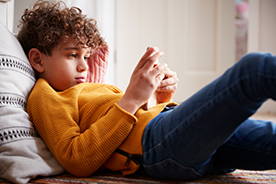 The global pandemic has forced many children indoors causing a rapid rise in screen time. As screen time accelerates, so does concern among… 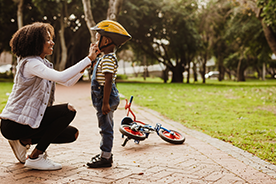 Three Ways to Slow Down Myopia

Myopia, which is also known as short-sightedness or nearsightedness, is a growing problem. In fact, a recent study predicts that myopia will… 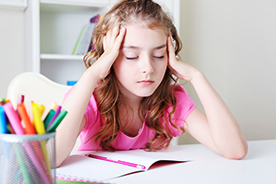 Does Your Child have Myopia?

If your child has myopia—also known as nearsightedness or shortsightedness—you are not alone. This condition is becoming more and more common. In… 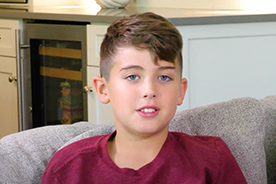 Eleven-year-old Adam’s eyesight problems plagued him in all areas of his life, but none were more frustrating than on the ice while he played… 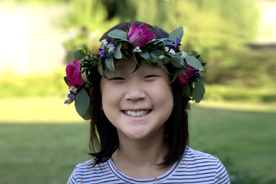 When Phoebe was diagnosed with myopia, her mom, Patty, knew she had to be proactive.

Patty was well acquainted with myopia because she had… 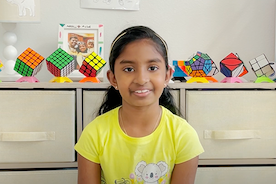 Aashini struggling to see the whiteboard was the first sign to her parents that she was developing nearsightedness. But Ahanitha, Aashini’s mother… 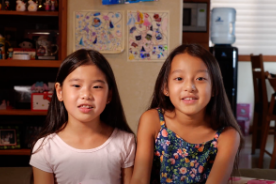 Valerie and Greg always knew their 8-year-old twins, Olivia and Madeline, might develop myopia – the medical term for nearsightedness –… 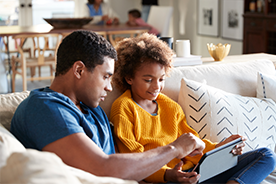 What Is Myopia, and What Causes It?

You’ve probably heard of myopia and may already know that it has something to do with vision. You may even have it but… 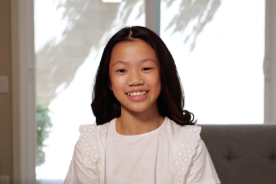 At age 11, Violet is an Olympic hopeful. She’s been skating since she was 3½-years-old and has her eyes on winning gold for Team USA. But when the… 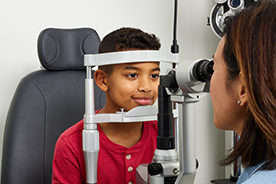 What Is Nearsightedness, and What Causes It?

Nearsightedness, also known as shortsightedness, refers to the eye condition when objects in the distance appear blurry. You’re able to more…